La Monte Thornton Young, referred to by Brian Eno as “the daddy of us all”, is recognized as one of the first American minimalist composers. His drone music has had a major impact on musical icons such as Philip Glass and The Velvet Underground. Young’s durational compositions feature sustained tones, marking a notable shift away from the effusive, climactic melodies of conventional Western classical music. The influence of Indonesian Gamelan music, Japanese gagaku, Hindustani classical music, and Gregorian chant is evident in Young’s work, as is the use of stasis as a point of structure in the work of Anton Webern.

What makes Young’s sonic landscapes so deeply meditative and conducive to altered states of consciousness is their mathematical composition, which aligns you, as  the listener, with the structural order of the universe. The static drone suspends you in a timeless, directionless state of heightened presence and awareness. It is no wonder that Young cites his earliest sonic experience as listening to the sound of wind passing through the chinks in his childhood log cabin, an experience that later inspired him to experiment with concurrent, variable frequencies and durational pitches. Young’s other early auditory influences include telephone poles, insects, motors, steam from a tea kettle, and the resonance found in natural geographic areas. Such quotidian acoustic occurrences inspired his static composition Trio for Strings, which is credited as a foundational work of minimalism.

Born in Idaho, Young studied composition at UCLA and UC Berkeley and played jazz saxophone with Billy Higgins and Ornette Coleman before attending the Darmstadt summer program in 1959. There, he studied under Karlheinz Stockhausen and was greatly influenced by conceptual composers David Tudor and John Cage, who inspired Young to experiment with the principle of indeterminacy, which leaves certain elements open to chance, and to compose a series of text scores entitled Compositions 1960. Some of the score’s directives are deliberately unperformable, such as the instruction to push a piano through a wall.

In 1960, Young moved to New York City, where he studied electronic music under Richard Maxfield at the New School, rose to prominence in the downtown music scene, and became part of the interdisciplinary, famously process-oriented arts community Fluxus. Young founded the Theatre of Eternal Music collective, which later became known as the Dream Syndicate, a group of avant garde musicians who experimented with drones and pure harmonic intervals during extensive all-night performances.

‍
Young wanted to provide an extended immersive listening experience with his “dream music”. In 1966, he and his wife, multimedia artist Marian Zazeela, created Dream House, a sound and light installation featuring Young’s continuous sine wave drones and Zazeela’s ethereal light sculptures. They built the first iteration of Dream House in their Tribeca loft, where the couple still lives and where a version of the installation remains open to the public. Subsequent versions of Dream House premiered throughout the United States and Europe.

In the 1970s, Young began to study with singer Pandit Pran Nath, eager to explore the infinite possibilities of Indian classical music’s natural harmonic series as opposed to Western classical music’s artificial division of the octave into twelve equal intervals. Young developed his own compositional approach to Hindustani music, and, in 2002, he co-founded the Just Alap Raga ensemble. Young’s use of modal music, which involves the repetition of limited groups of specific frequencies that cycle through distinct parts of our auditory systems, is meant to induce certain meditative or dream-like psychological states. In an interview with the conductor Kostelanetz, Young expressed his intention as an artist: “If people just aren’t carried away to heaven I’m failing. They should be moved to strong spiritual feeling.”

Have a listen and see if he succeeds. 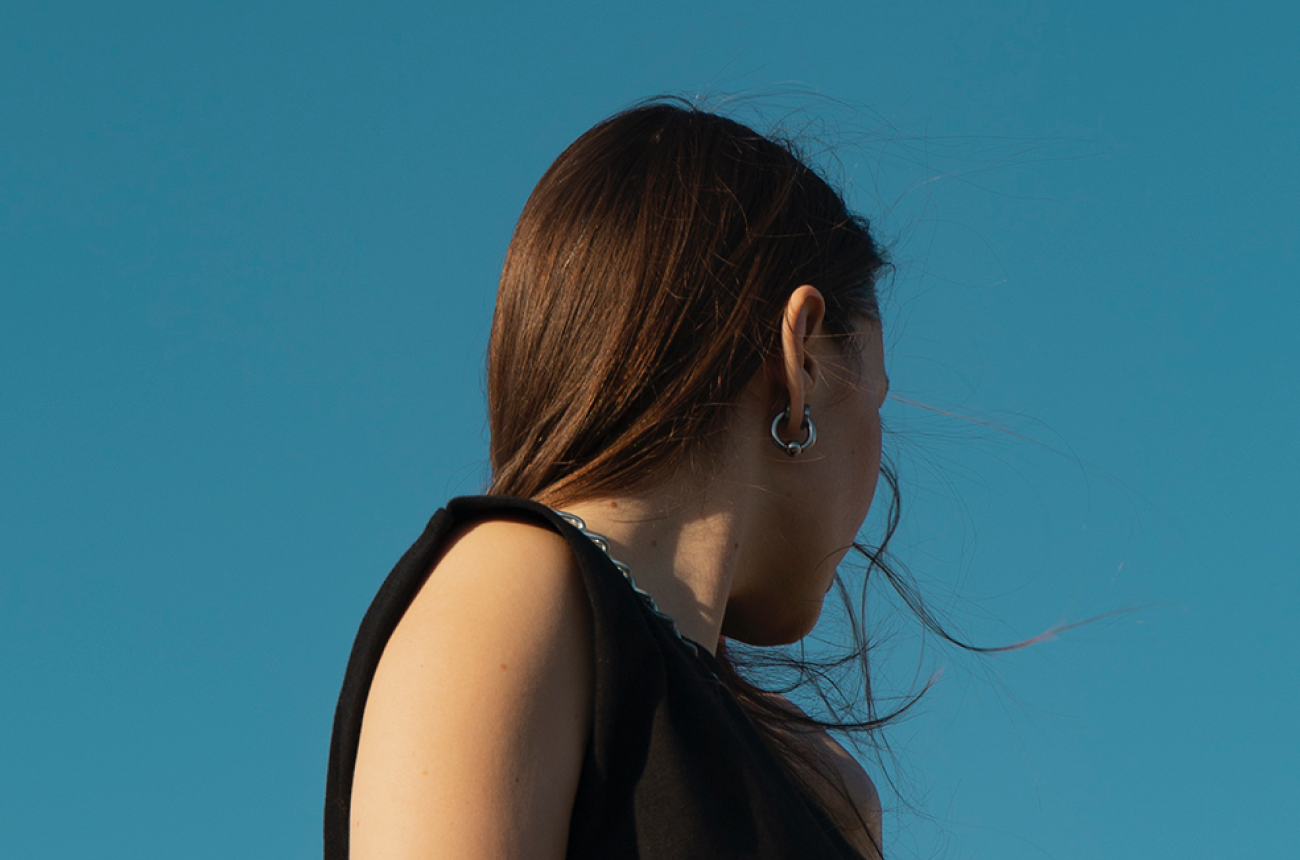 Artists
Emotions Are Our Allies: An Interview with Grand River
We sat down with Berlin-based composer and sound designer Grand River to discuss the cinematic dimension of her work, the role of music in expressing and transforming emotional states, her experience with meditation and her creative process around the piece she created for Soundworks. 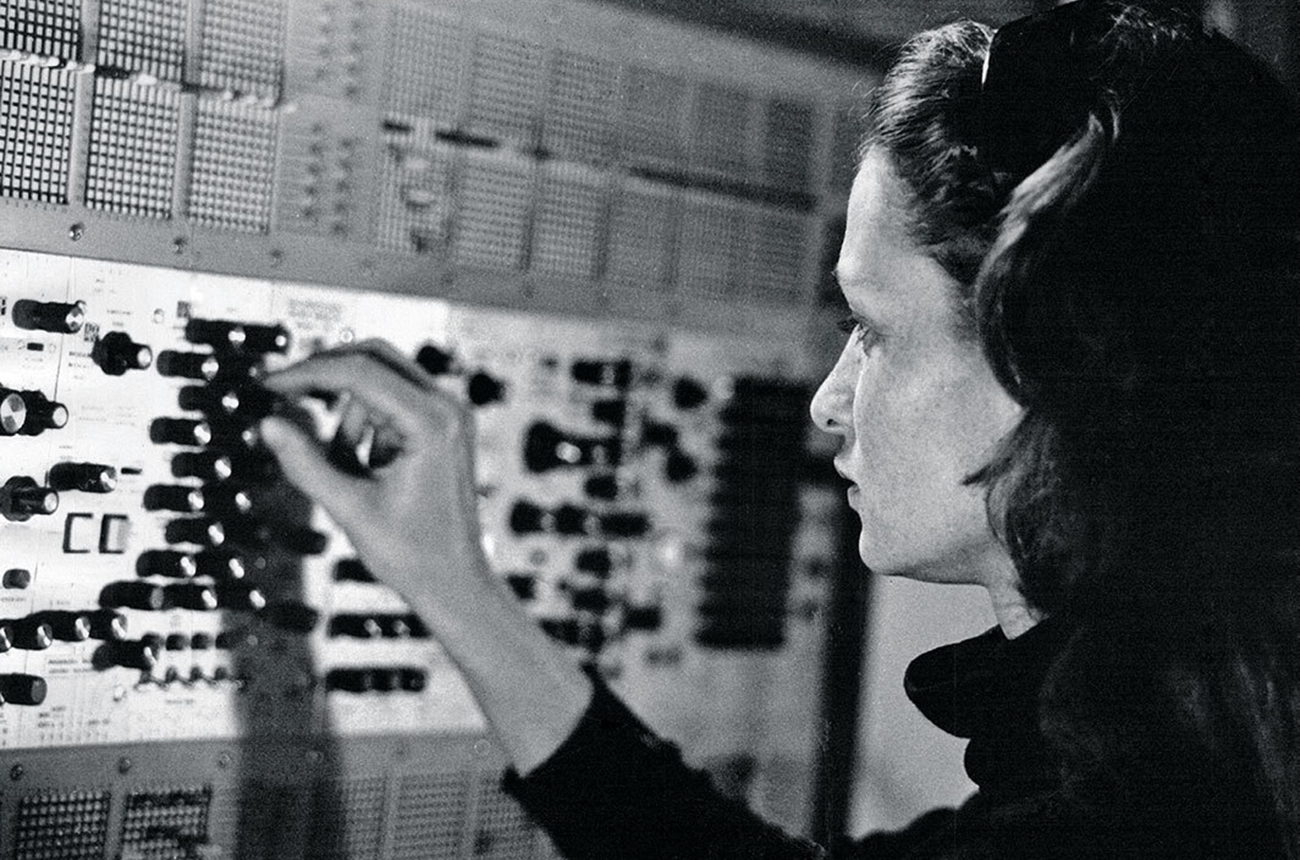 Artists
Eliane Radigue: Sound as a Mirror of the Mind
This month, we celebrate the pioneering work of electronic music composer Eliane Radigue. Radigue's work is delicate, nuanced, always slowly evolving and yet powerful in its ability to operate as a mirror of the mind. 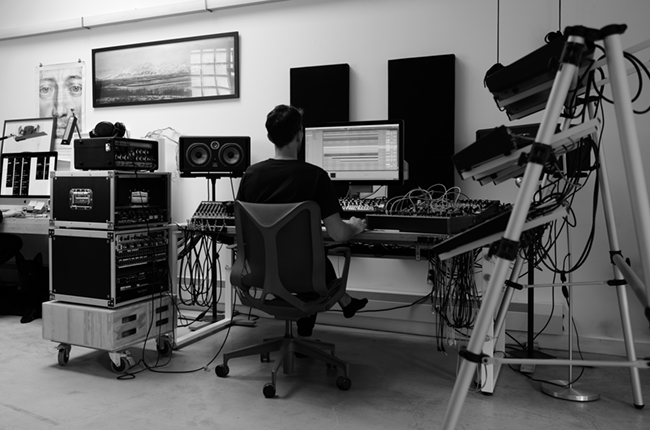 Artists
Origins: An Interview With Our Staff Producers
For over a year, electronic music producers Quentin Notte and William Herman have been experimenting with sound design and compositional techniques with the ambitious goal of redefining what meditation music is. We asked them about their musical upbringing and how they came to meditation music. Here is what they had to say.